The Geopolitical Economy Research Group (GERG) will hold an international multi-disciplinary conference on ‘From the Thirty Years’ Crisis to Multipolarity: the Geopolitical Economy of the 21st Century World’ at the University of Manitoba from September 25 to 27, 2015 to inaugurate the recently established Group. 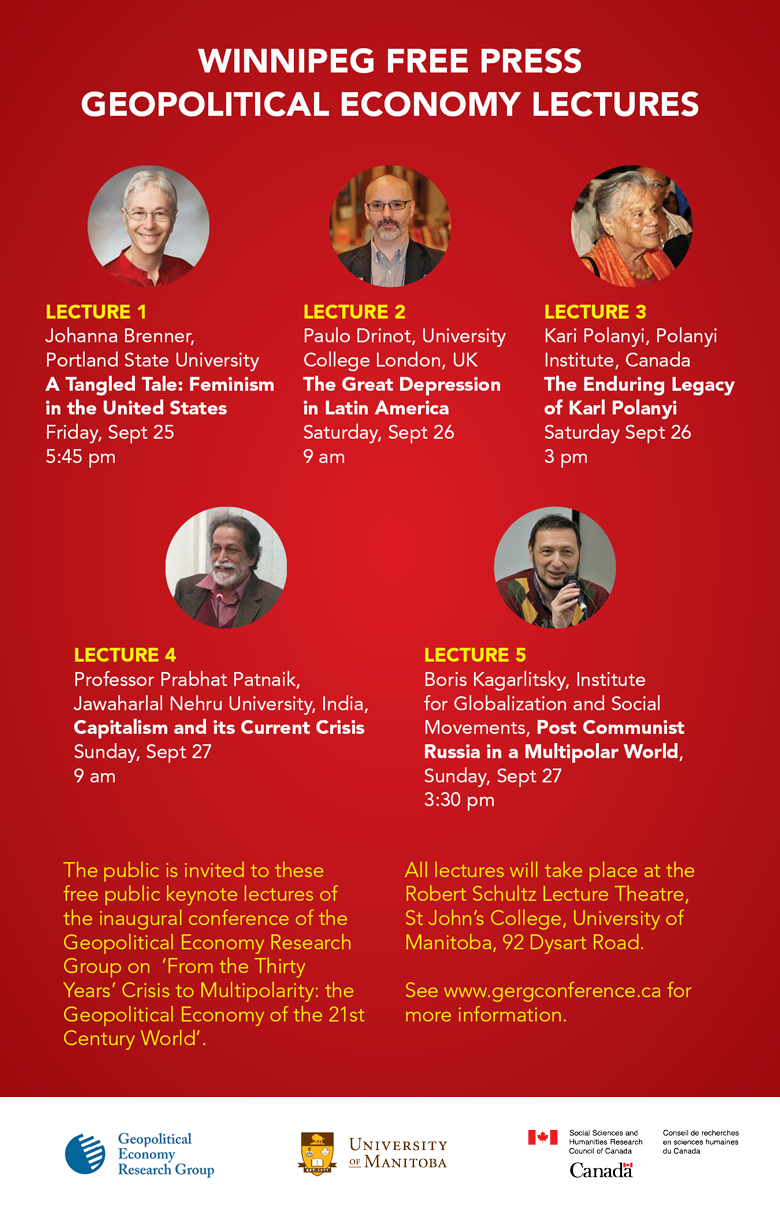 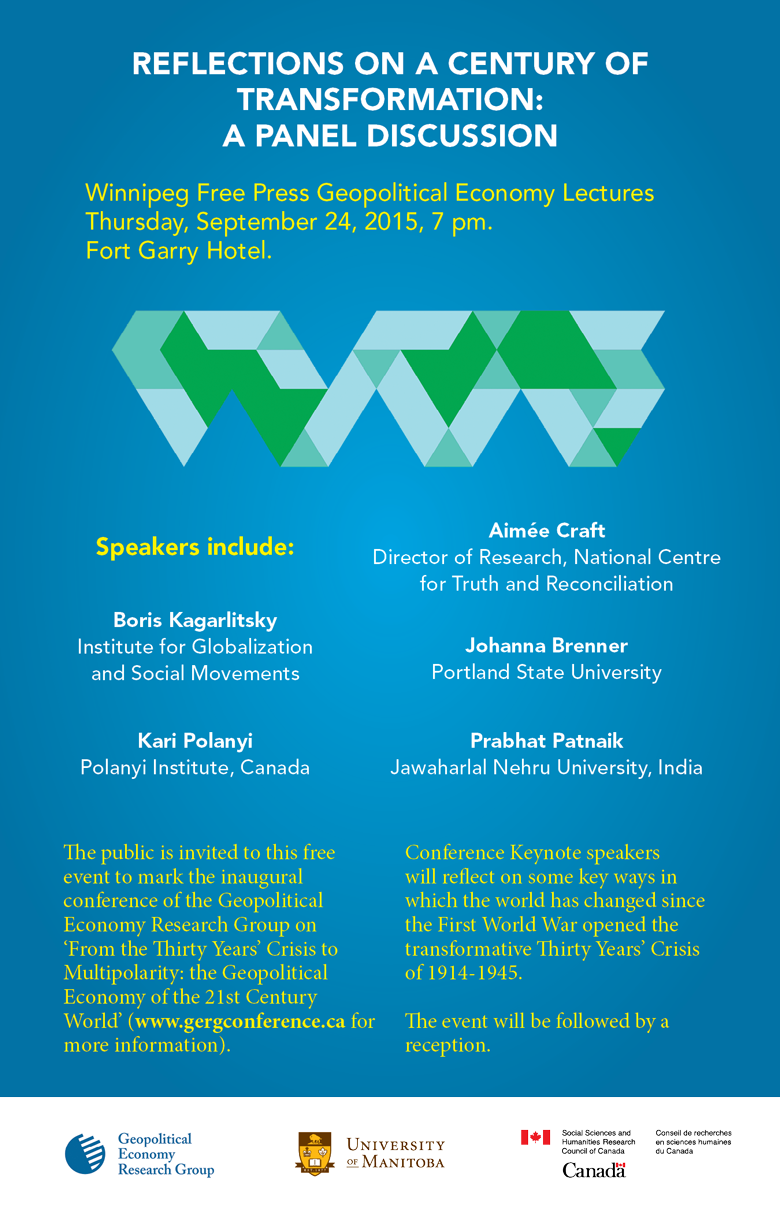 GERG aims to reorient understanding of the world order towards multipolarity – i.e. a world composed of a plurality of substantial national economies – and away from hitherto-dominant approaches like globalization which assumes none, or hegemony/empire which assumes only one. We propose to cast new light on the past and to comprehen the present anew. Few topics could be more appropriate than what noted historian, Arno Mayer, called the ‘Thirty Years’ Crisis’ of 1914-1945 (Mayer 1981) spanning the world wars and the Great Depression. The conference will reassess its significance in the making of the geopolitical economy of 21st century multipolarity and consider whether the world is poised at the cusp of a comparably radical transformation today.

As the single most important caesura in the evolution of the modern world order, not only do the TYC’s echoes reverberate a century later, there are parallels – eerie as well as striking – between it and our own times when the further spread of productive as well as geopolitical power is creating a ‘multipolar’ world with greater international contestation. The parallels and continuities the conference will explore include the breakdown of international economic and political governance; the Great Depression and the Great Recession; the reemergence of acute international contestation and the potential it contains for inaugurating another ‘golden age’ of growth or something worse; the further erosion of Western supremacy; and the revision of existing intellectual paradigms.

An International Advisory Committee (IAC), composed of ourselves, colleagues from UM and elsewhere, will constituted to ensure a balance of expertise across the thematic areas of the conference and conduct academic oversight of the conference, including peer review to ensure high quality outcomes. It will constitute thematic sub-committees. It will mentor, and be assisted by, paid and volunteer graduate and undergraduate students. The Call for Papers (CfP) will be disseminated through IAC members’ and GERG’s extensive Canadian and international networks. We expect to receive 400-500 proposals from academics and graduate students world-wide. Peer review of proposals and papers should leave us with 250 final papers. These will be organized into 84 panels of 3 papers each. Panels will be organized into thematic streams. The Conference will have 7 parallel sessions and 3 plenaries.

The conference will establish, fresh, more accurate, historically sound, multi- and inter-disciplinary and truly international perspectives on major themes of 21st century international affairs; it will identify the key historical developments that contributed to contemporary multipolarity; it will draw, from around the world, particularly from the developing and emerging world, the best critical scholarship on the past, present and future of the world order; and it will generate an innovative new conversation about it in Canada and the world.

Given its size and scope, the confernece will result several thematic and coherently devised conference volumes, an interactive conference website with text, video and audio content to enable participant interaction and public and media engagement and serve as an archive of the event; Student mentoring and training; greater public understanding of the complex world affairs of our time; and possibly media content in text, audio and video.